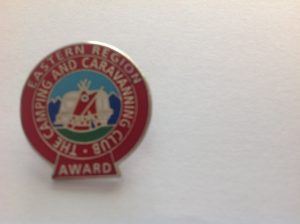 The Eastern Region award was introduced in 1985. For the years 1985 to 1987 the Regional Award went to the person that the Regional Council had nominated for the Club Certificate of Honour. From 1988 it was decided to have it as a separate award and nominations could be submitted to Regional Council by any member of the Club who was a member of the DA’s and Sections within the Region. In some years the nominations were considered to be of such a high caliber that two awards were made. The award is conferred on a member who has given long and valued service to the Club. It gives us an opportunity of saying thank you in a tangible way to those who have given exceptional or outstanding service to the Club. We should consider those members who have helped us in a quiet way, which has not attracted the limelight that normally shines on those who hold office within the Club, although the award is open to Councillors and Committee Members.